Many of us work hard to take care of our bodies. Few of us do the same for our mind and spirit. As a result, one in five North Americans suffer from mental illness, more in some other parts of the world. Moreover, mental health issues represent an increasingly alarming cost to people and organizations around the world.

Realizing the global mental health crisis, the World Health Organization (WHO) started World Mental Health Day in 1992. What’s going on in your country, your community or your life?  Can you see the rising number of people around you, dealing with mental issues?

Just this past week, I spoke to 3 people who revealed their issues.  One admitted she was on medication for severe depression. Another told me she had tried to commit suicide several times and showed me the slash mark on her arm. Another was clearly out of touch with reality; she told me several fantastic stories that could have sent anyone into depression.

How can we help? We start by being real with ourselves, talking care of our mind and spirit, and inspiring those around us to do the same. What else? 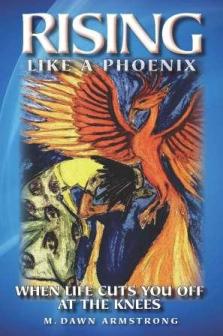 I have always been a quirky optimist and an unshakeable believer. I believe this is what saved my life after a critical stroke. Now I use my healing experience, as well as my experience as a mother, writer, speaker, and child of God, to contribute to the well-being of others.